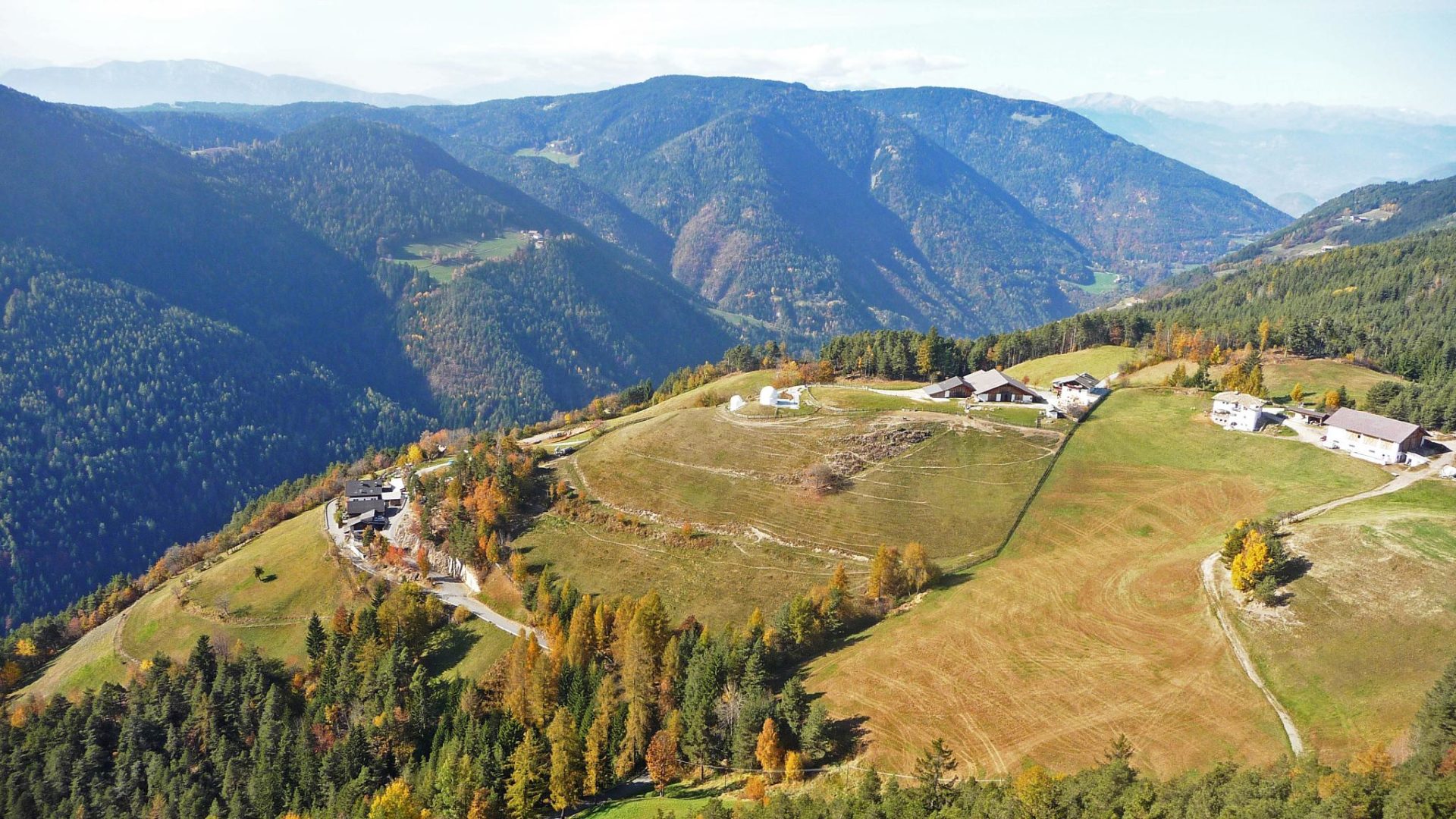 Hikes on the Kohlerer Berg

The Kohlerer Berg offers wonderful views and is an ideal starting point for numerous hikes, which can be extended to Deutschnofen. There is a panorama of rare vastness.

Starting in the west, below you can see the mouth of the Eisack gorge coming from the Brenner, the city of Bozen, the wide Adige and the Uberetsch. In the north-east the low mountain range of Fiè and Seis lies under the ridge of the Schlern with the Euringerspitz and the Santnerspitz. In the background you can see the Sassolungo and the wreath of the high mountains of the westernmost Dolomites and in close proximity to the rose garden. The plateau of the Ritten, the Salten or Tschögglberg extends further to the north and beyond it the Sarntaler, the Hirzer and Iffinger, the Otztaler with the Weißkugel, to the west the Texelgruppe up to the highest mountain range in the Eastern Alps, the Ortler Group, in the south the crest of the Mendel. The view of the valley in the late evening gives a romantic picture when the lights go up in the city of Bolzano (near the Klausalm — near the hiking trail 1). But there is no direct marking, which is no longer cultivated today, you can pass the square at Schatz, a cross on a large stone. The legend tells that there is still a golden bowling game buried in the ground.