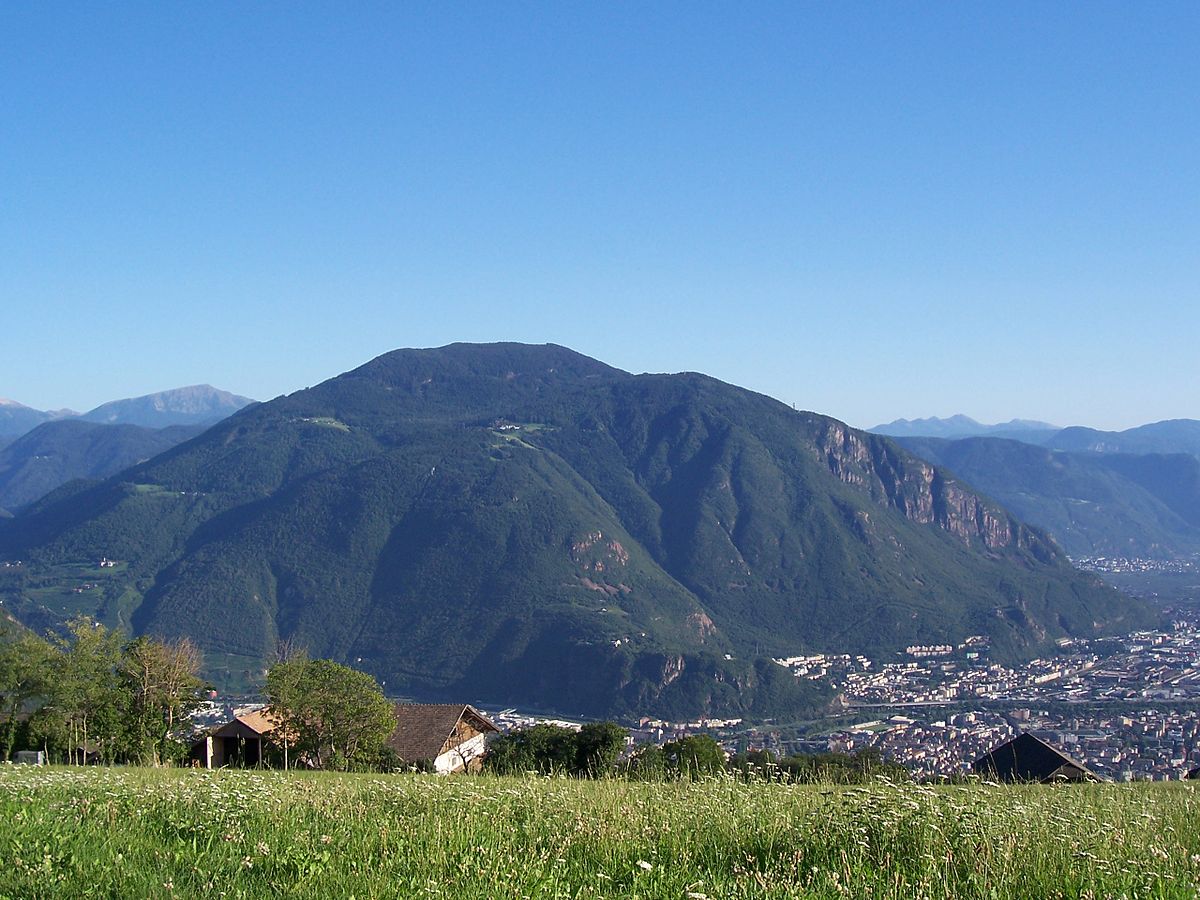 The Titschen, the highest point of the municipality of Bozen:

The highest point on Kohlerer Berg with its 1616m is the Titschengipfel, also called Stadlegg. It is also the highest point in the municipality of Bolzano and can be reached on hiking trail no.5.

On the east side, above the vertically sloping porphyry walls, a lookout station, the Titschenwarte at 1540m, was built in 1892. From here you can enjoy an overview of the Eggental valley and the breathtaking view of the Dolomite peaks of the Rosengarten and the Latemar. Not far from the lookout is a natural phenomenon: a water basin made of naturally shaped stone, about one meter in diameter. It is filled with water all year round without having a direct source supply. It is popularly known as the “Weihbrunnenstoan”. Stone witnesses from the earliest times are preserved worldwide, in South Tyrol they can be found in a particularly large number and variety. Some of these ancient stone monuments speak a fascinating language, the message of which we can unfortunately no longer decipher today.

They have survived for centuries and millennia, shrouded in secrets and surrounded by legends and conjectures. Anyone who meets them will inevitably fall under the magic spell of longing to find a way to those distant souls who have changed their natural state. Not easy to find, the weir “Seabl” is hidden in the romantic dense forest. The three rock peaks above the Adige Valley, the Kohlwalls, the Rotwand and the Nachtspitz, offer a view of the southern and western direction of South Tyrol’s mountains. The view of Bolzano and the South Tyrolean wine route and the south of southern Italy is very beautiful.

A strange landscape on hiking trail 1 is the Dead Moor, a raised bog where the Kohlerer Bergseine has a border. At the time of the plague epidemic, mid-17th century, the plague dead of Deutschnofen were buried in the Dead Moor.